“Hold on, let me overthink this.”

Ever been there? You overanalyze every side of a decision, taking yourself down LONG rabbit trails of possibilities. You ride the crazy train way to the end of the line and end up no closer to a decision than when you started.

The land of indecision is where dreams go to die.

You have too much good to do in this world to let that happen to you!

When faced with a decision, it’s easy to feel like you’re being crushed under the weight of it. Like if you make the wrong decision, then everything you’ve worked so hard for will be ruined forever.

It’s almost impossible to make a sound decision under that much stress. Before you do anything else, you need to take a step back from the situation.

Honestly, very few decisions in our lives carry as much weight as we think they do. Very few decisions are earth-shattering or life-altering. There’s almost always a way that you can recover or change directions.

So take a deep breath and be realistic with yourself about the magnitude of this decision. What’s the worst possible thing that could happen?

When my husband and I were dating, he decided one night to teach me to drive his stick shift truck. Now I’m not winning any driver the year awards in my little automatic car, so who knows what possessed him to think this was a good idea.

Parked in front of a Subway shop, I sat nervously behind the wheel of his big, old truck, trying to remember which pedal was which. “Put your foot on the clutch and then put your other foot on the brake. I’ll shift for you.”

I pressed both of my feet all of the way down on the pedals, heart beating out of my chest. I turned the truck on and, to both of our shock, the truck jumped forward… over the parking block and right into a bush.

If we had been over one spot in the parking lot, we would have gone through the store window. The store manager and employees ran out of the store to see what had happened right as I was leaping out of the driver’s seat as fast as humanly possible.

And that ended my stick shift driving career right there.

You know what happens when you put your foot on the gas instead of the brake? You move. Press the gas all of the way down, and you move jump forward!

If you want to escape the land of indecision, then you have to put your foot on the gas and make a move!

Getting lost in your thoughts and what might be is keeping you stuck. Decide to make a move, knowing that you can always change your mind later on.

I’d love to tell you I had the secret to always making the right decision the first time. If you find it, let me know!

But I will tell you that I’ve found out the secret to making the right decision is learning from the first move you make.

We have a tendency of thinking that decisions are all or nothing type of things. But the truth is you can make an initial decision, and then tweak your direction as you go.

Did you know that an airplane that veer one degree off course can end up missing its target by a whole mile after just 60 miles? Even small corrections in your course can make a huge impact on where you end up!

Learning what works and doesn’t work isn’t the same thing as failing. You don’t fail unless you quit and walk away. So just keep moving and learning, and you’ll end up moving closer and closer to your dreams! 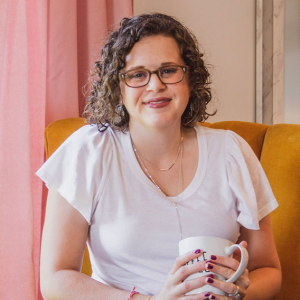 I'm a busy homeschooling mom of 2 little girls, fulltime traveler, and ministry wife. I know you don't have time to waste in building your business. That's why I help other mom built business like yours look good so they can do more good! Let me help you become referable!

* Don't worry, I hate spam too! I promise not to spam you